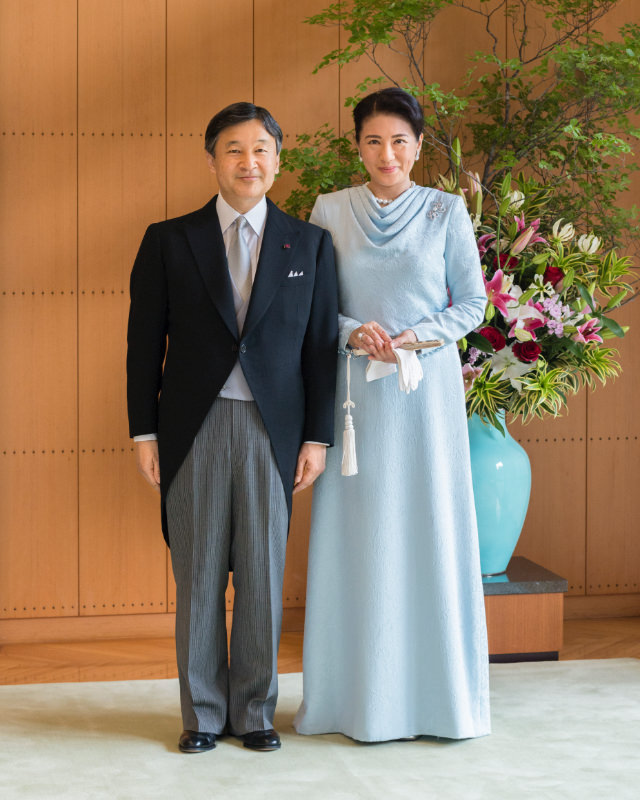 Congratulations
for the Accession
to the Throne of Japan.
Let’s cerebrate as the whole nation.

In April 2018, it was agreed that the three organizations who have been in charge of the celebration campaign; “Japan Business Federation (Chairperson: Mr. Hiroaki Nakanishi),” “The Japan Chamber of Commerce and Industry (Chairperson: Mr. Akio Mimura) and “Japan Conference (Chairperson: Mr. Tadae Takubo)” will celebrate the thirty years of the Emperor’s throne in 2019, and to establish an organization in May 2019 to implement the new emperor’s coronation project from 2019 to 2020.

In August 2018, the representatives from the three organizations made a request to the founders as below, and eighteen representatives from various fields were inaugurated as founders of “the Celebration Committee of the 30th Anniversary of the His Majesty the Emperor’s Accession to the Throne.”
（The syllabary order, honorific titles are omitted.）

In response to a call from these founders, preparation was made to establish “the Congratulatory Committee of the 30th Anniversary of the His Majesty the Emperor’s Accession to the Throne” and the request for inauguration for its officers were made, as well as the general assembly was held on November 27th 2018 at a hotel in Tokyo.

Dear Sir or Madam
We hope this letter would find you well.

Now, the Emperor will be abdicated (resigned) next spring based on a special provision of the Imperial House Law established last year, and the Prince will become the imperial throne of the 126th Emperor. In the next sprint to autumn, the traditional succession ceremony of the throne with solemnity, and traditional nation of Japan with imperial family will be revealed.

With this occasion, our citizens will congratulate and acknowledge the thirty years of the Emperor's throne, and wish to celebrate the nation on the New Emperor’s accession.

Therefore, over the next two years, we would like to promote a congratulatory movement in the central and other parts of the country, so we are pleased to establish the Celebration Committee in the central area. Despite your business, we humbly request your inauguration of the officials of the Committee, while making an announcement of its establishment.

October, 2018
Founder of the Preparatory Committee for the Celebration of the 30th Anniversary of the His Majesty the Emperor’s Accession to the Throne

At the general assembly of the Committee, it was approved to assign 1,200 board members including Honorable Chairman Nakanishi and Chairman Mimura, and organize the two-year congratulatory project to celebrate the 30th Anniversary of the His Majesty the Emperor’s Accession to the Throne and the New Emperor’s throne.

1. Gratitude Gathering of the Cerebration of 30th anniversary of the Accession to the Throne

In order to congratulate and express appreciations to the Emperor’s thirty years of achievement, we will be holding the Gratitude Gathering of the Cerebration on April 10th, next year, that is the 60th wedding anniversary of the Emperor and Empress.

2. The National Festival to celebrate the throne of New Emperor

Cerebration of the 126th Emperor’s throne will be held with the honor of His Majesty as well as Princess in the Imperial Palace Square.

3. Requests to the government and local government

In order to congratulate the thirty years of the throne and the new emperor’s coronation with both public and private parties, we ask that the government, local government and various organizations to be part and carry out the congratulatory projects.

We will promote commemorative projects and public relations activities to celebrate the thirty years of the throne and the new emperor’s coronation.

It was established on November 26th 2018, with 500 members of nonpartisans. 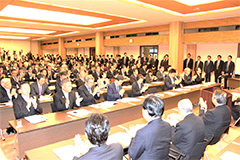 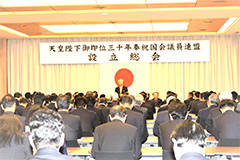 On November 26 2018, the general meeting of the founding of the “the Celebration Committee of the 30th Anniversary of the His Majesty the Emperor’s Accession to the Throne” was held grandly, where the nonpartisan parliamentarians got together at the Constitution Memorial Hall.

The Emperor will cerebrate the 30 years of throne in January next year and will resign (succeed to) in April. Born before the war, the Emperor experienced the hardship of the war. After the war was over, under the new constitution, the Emperor witnessed the era of Japan and its people reconstructing and developing economically.

After the throne, as a “symbol of integration of Country of Japan and its people,” the Emperor was always by the side of people and praying for the peace and well being of the people in the world.

At this time, we, as members of parliaments, would like to come together with a private organization, the Cerebration Committee, to establish the Parliamentary Association to express our sincere gratitude for the work of His Majesty the Emperor over the 30 years in Heisei Era, and promote the congratulatory project. We hope that we are all reminded that in the Constitution the Emperor’s position is stipulated “based on the consensus of the sovereign nation,” and participate the Committee, which represents the national democracy.